All what you want to know about this Doe. 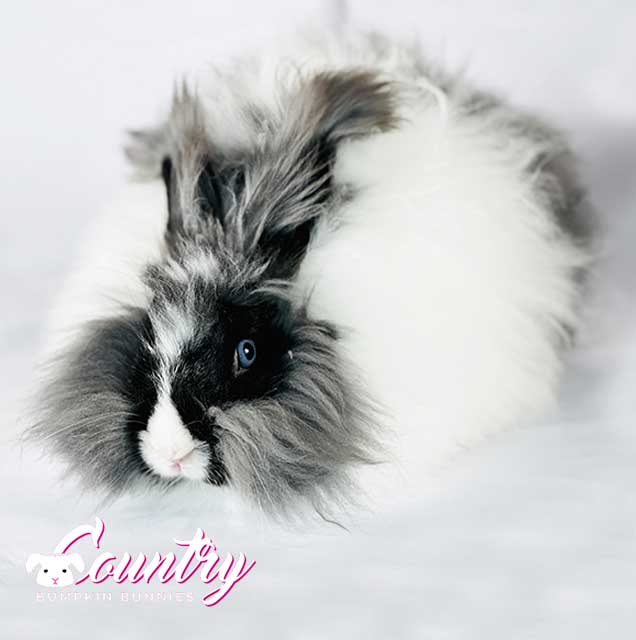 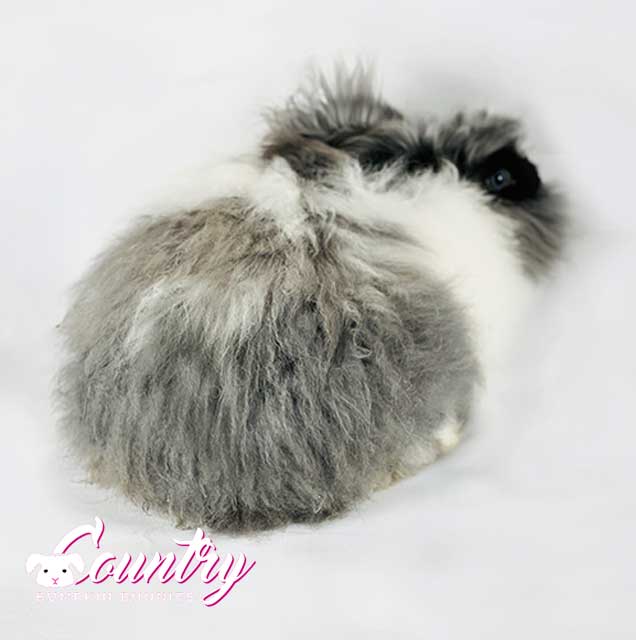 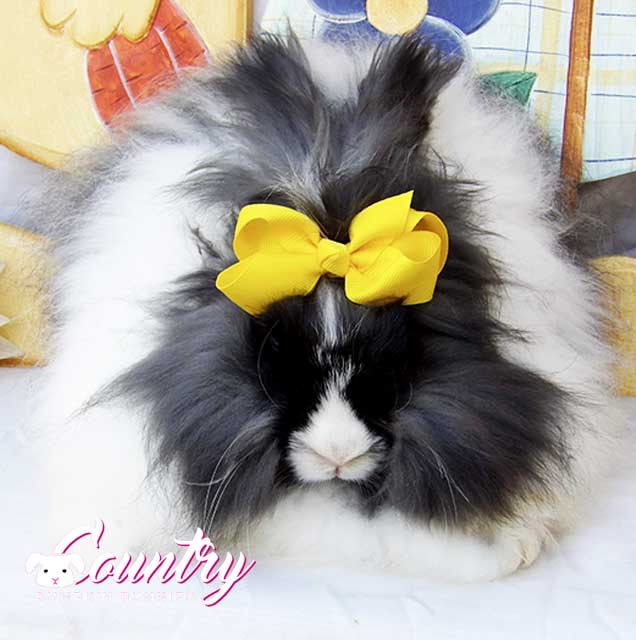 Our mosaic Splash is an extremely rare genetic mystery. She was two rabbits genetically merged into one bunny in her mommy's belly. She carries 2 separate pairs of genes. Instead of receiving one from each parent, she received two from each parent.  She is a tri colored rabbit but NOT a tri as in broken harlequin. It appears as if she was both a black self and a blue self with heavy vienna combined.  She has some stunning blue eyes that are deep sea blue like I've never seen on a BEW. We have no idea of her genotypes (she will have two) at this time but it will be fun figuring it out! Her coat has patches of blue on her black coat covered in white vienna markings. Once she loses her coat, it will likely be hard to tell the black from the blue areas. This is anot a broken pattern. The white is from vienna.